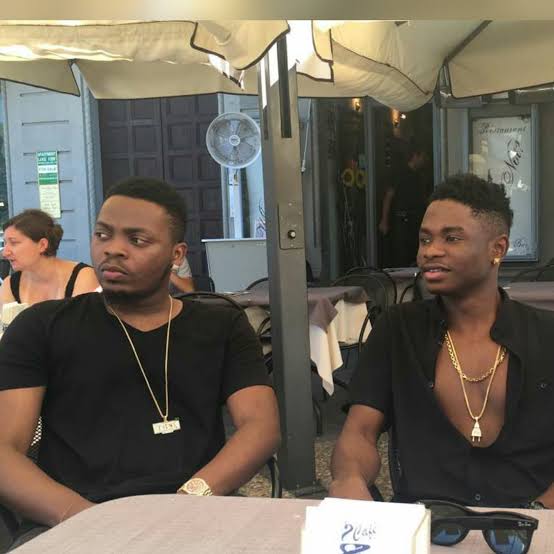 The information was made available in a tell all article from him. The talent manager said after spending a few years to help Lil Kesh blow he was sackec unfairly and unceremoniously.

Wale revealed other dirty game that goes on in music industry.

Why Olamide sacked me;

‘Here is the reason why i got sacked the first time. I cannot be very specific about the time, but it was when Shoki and Dorobucci were blowing at the same time. My sources said to me that Don Jazzy had gone to lobby the MTV base award for Dorobucci and Reekado Banks was going to come on stage to get the award. I was told that what that translated to was that Reekado Banks was going to win Next Rated at the Headies. I had worked so hard than to make that happen.

Now we had Shoki, Gbese, Efejoku. I tried my best but i was just one person. Alas Dorobucci won the award and just as told, Reekado banks was on stage to get it. I went bonkers. Abfresh who was to later manage Lil Kesh just got back from Uk at the time and was staying at my place. I was so sad, i went on twitter and rant. I did rant and mention Don Jazzy well.

Then i called Olamide’s attention to my tweets, told him i was sorry it was just a moment of madness, i had rights to be angry. I got a shocker the next day when Olamide told me i wouldn’t manage Lil Kesh again because of a twitter rant from someone like me, only for him to go on the stage at the headies to declare Lil Kesh Winner himself. I am sure we all remember how that went.

I remember watching the Headies in my father’s house in Ibadan as i was jobless, i cried when Lil Kesh wasn’t given the Award, i wanted him to win it for me. I thought my night was bad enough, not until Olamide came on stage to rant and i started wailing.

My parents could not console me. I was wailing because all i did was rant on twitter and i became jobless for several months, Olamide goes on stage to disorganize a well organized award and he is tagged a hero even by himself. This pot of beans life.