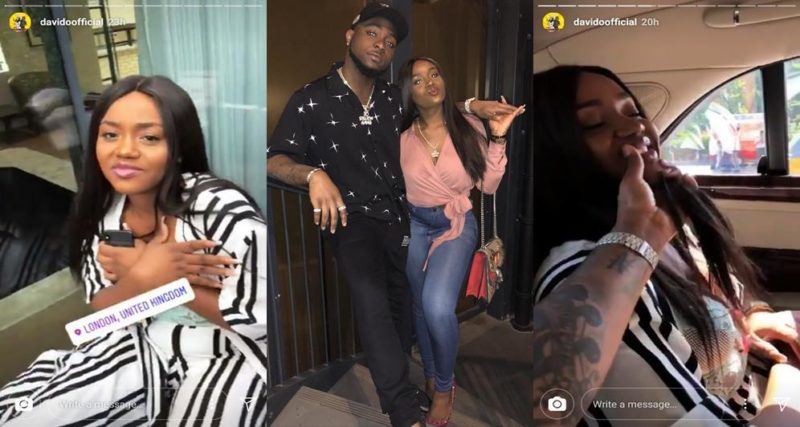 Some few fans are basking in the euphoria of the affection between Chefchi and Davido as shortly after their slight couple’s fight, the two step out in style for a make up date night.

It was earlier reported that Chioma had left Davido who was clearly annoying her, for reasons unknown.

It happened that there was a viral you-tube video capturing Davido’s sweetheart, Chioma Avril Rowland, lashing out on him yesterday evening in London.

It appeared that she was in no mind-set for the vocalist over an undisclosed issue, in any case, Davido was heard telling his friends to tell her that it is not intentional.

Wanting to rescue the situation, his anonymous friend chose to make the now popular video with the expectation that the assurance bae would cheer up yet she wasn’t having any of it as she was heard saying ” Leave me alone… “, leaving him furiously. 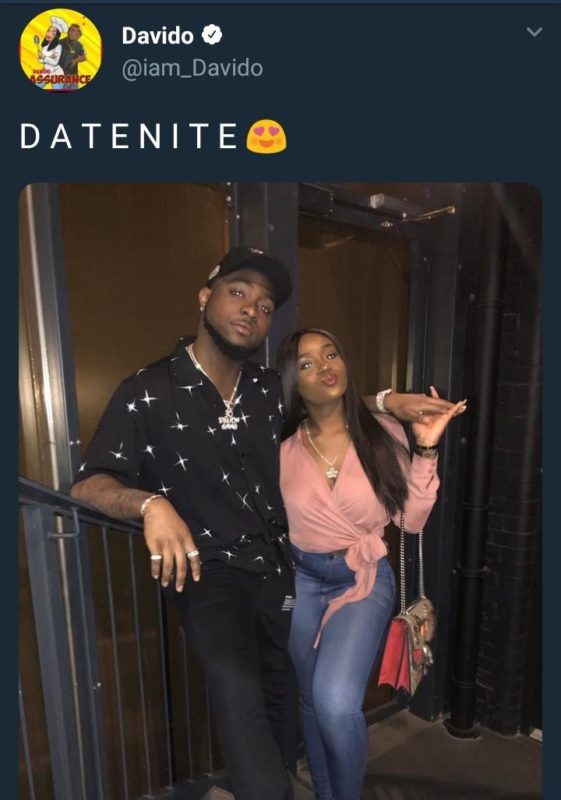 As anticipated by fans, it was nothing strange and your most loved big name couple are back and rolling!.