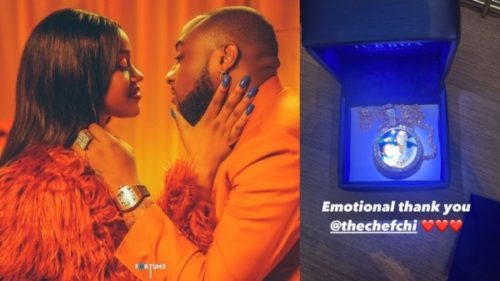 Nigerian pop superstar Davido is year old today and his fiancee gave him a gift for his birthday.

Fans and colleagues are sending in their birthday wishes to the singer.

See Chioma’s gift to Davido below.