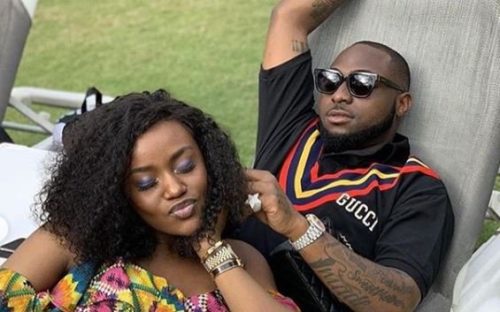 Adewale Adeleke reveals that Davido and Chioma are still very much together.

Davido’s elder brother Adewale Adeleke also known as Chairman HKN gives an update on the state of the singer’s relationship.

The past few weeks rumours have been all over the place that Chioma and Davido are no more together. It was also rumoured that the DMW boss has been physically abusing his fiancee for a while.

However, Chioma debunked the rumours of being physically abused by her fiance.

In another update, the Adewale Adeleke as stated that his brother fiancee are very much together. He revealed this while having a talk with Daddy Freeze on Instagram.

A curious follower had inquired about the state of the celebrity couple and Adewale cleared any wrong notion that there was a problem whatsoever between them.

During an interview with Daddy Freeze on his show live and dangerous on @nigeriainfofmlagos, @chairmanhkn made this revelation. – Also, @davidoofficial is working on the greatest album Nigeria has ever seen, we await in eager anticipation! – Full video on YouTube.com/Daddyfreezeteaches.