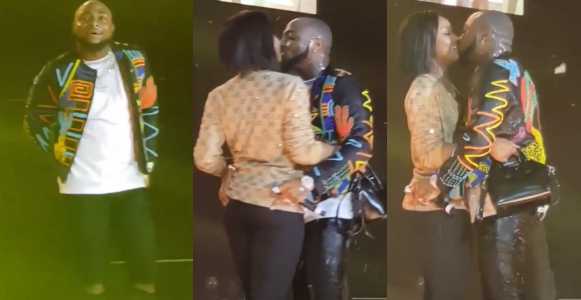 The love story between pop star Davido and his girlfriend Chioma is still waxing strong.

It’s valentine the season of love and the lovebirds are making the most out of it. For today’s valentine, Davido gave his babe a big surprise.

The singer arranged for some music to be played as a surprise for her with gifts of cakes and other snacks. Chioma who was visibly surprised was seen blushing as she got into an embrace with her boyfriend.

Recall, last year Davido bought a Porsche for her on her 23rd birthday which blew away the entire entertainment industry away. Watch the clips below.