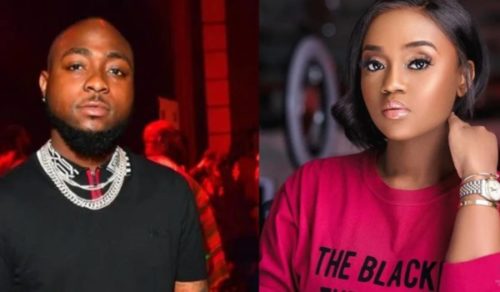 Chioma, who’s now an estranged girlfriend to Afrobeat star Davido, has allegedly sworn to never grant the singer access to their baby.

According to her, the best the singer can do is to have a glimpse of the baby on social media but physical access to their love child is henceforth restricted.

The move was informed by the recent ugly developments in the relationship between the singer and chef after pictures of Davido cruising with a certain American Instagram model and publicly displaying his love for her swept through the social media in the preceding weeks.

Speculations have since gone rife about the singer cheating on his girlfriend who he had flaunted all over the world and even did a song for her “Assurance”.

The Chioma in question had been silent all through the saga but according to one blogger, Cutie Juls, the embattled girlfriend of the Nigerian music super star had reacted to whole cheating by saying that since the singer didn’t pay her bride price, he would no longer have access to their baby.