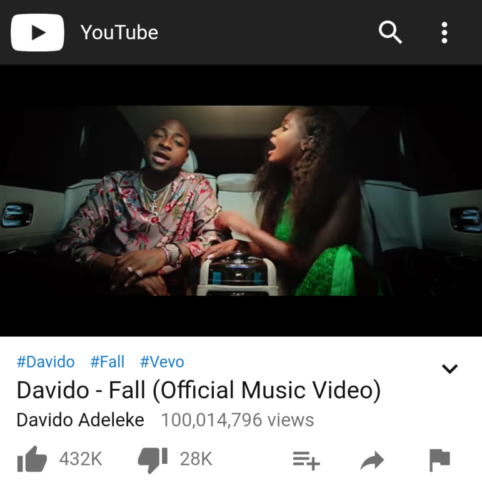 David Adeleke better known as Davido has become the first Nigerian music star to have a video with over a 100 million views.

Just about a few hours ago, the official video for Davido’s ‘Fall’ garnered a landmark view of over 100 million on YouTube. The visual which was directed by DAPS became the first music video to hit that record.

Davido’s ‘Fall’ over took older competition from songs like ‘Johnny’, ‘Personally’, ‘Pana’ etc. The tune also made a debut on the Billboard at number 48 on the R&B/Hip-Hop Airplay chart.

Meanwhile Davido would be having is Lagos end of year show this December 27.

Watch and enjoy the video below.