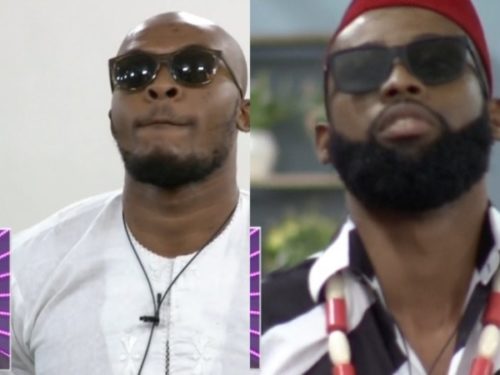 After a series of votes by the housemates, Eric and Tochi were the most voted to leave the Big Brother house.

This week, Eric, Tochi, Kaisha, TrikyTee were the bottom four after the amassed the least amount of votes from the viewers. As usual Biggie asked the housemates to nominate two of the bottom four who would be evicted from the show.

Eric became the third housemate to be evicted from the show while Tochi became the fourth. Last week two female house Lilo and Ka3na were served eviction.