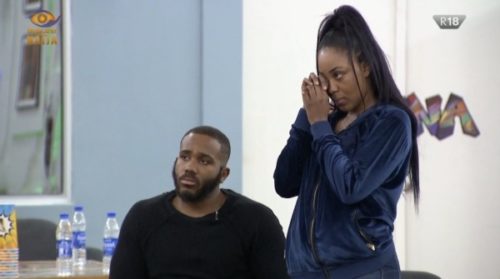 Erica who is one of the most talked about BBNaija Lockdown housemates has been disqualified from the show after receiving her third and final strike.

Her final strike from Big Brother came after her shenanigans yesterday shortly after the Saturday night party. Erica had a fight with Laycon and Prince using swear words etc.

In particular, she scorned Laycon throwing unprintable words at him and also poured water on the bed in the Head of House lounge so Prince can’t sleep in it.

Before now, Erica had received two strikes for whispering and overstaying in the Head of House lounge when Kiddwaya was the HoH.

She has been asked to exit the Big Brother  house.

#BBErica has gotten her third and final Strike in the game and has hereby been immediately disqualified from the #BBNaija House.https://t.co/uAkXPXUILr #BBLiveBlog pic.twitter.com/4gJAFm8hlW