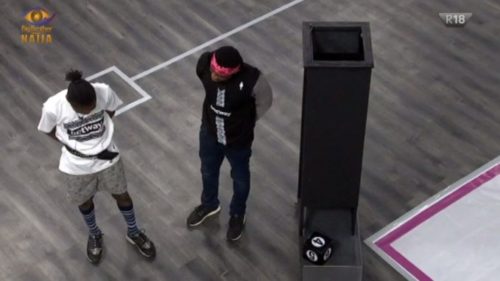 BBNaija Lockdown housemate TrikyTee wins Head of House for the first time during his stay in the Big Brother house.

As the new Head of House, TrikyTee picked Laycon as his Deputy Head of House. Together they will oversee the affairs of the BBNaija house for this week.

He would also have the HoH lounge to himself and Laycon.

Our new power couple is #BBTrikytee as Head of House and #BBLaycon as his Deputy. Looks like "Tranquility" is going to be a feature in Biggie's House a while longer.@BetwayNigeria#BBNaija#BBLiveBloghttps://t.co/tMPD0AuYpK pic.twitter.com/vxeHWJm1Q7