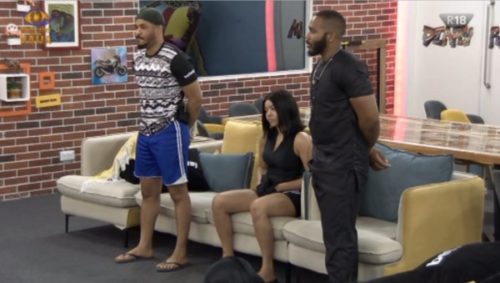 Shortly after the new Head of House emerged, Kiddwaya, Ozo, Prince & Dorathy have been nominated for possible eviction.

The BBNaija Lockdown housemates as usual made nominated two housemates for possible eviction next week.

Out of all the names mentioned, Kiddwaya, Ozo, Prince and Dorathy received the most nominations and have therefore been put up for eviction next week.

Meanwhile, Neo, Vee Nengi are safe while the Head of House, TrikyTee and his Deputy Head of House Laycon have immunity this week.