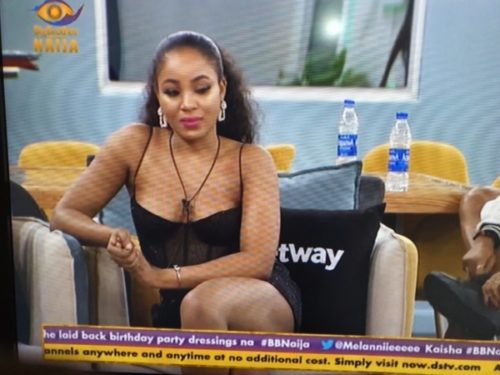 Erica has been on fire after the BBNaija Saturday night party as she went from attacking Laycon to fighting Prince.

Erica took her mood swing to higher levels when she fought Prince and told him to leave the Head of House lounge. Her issues with Prince escalated after the latter refused to support her in her fight with Laycon.

Erica went all out insulting Prince (Deputy Head of House) and pursued him out of the Head of House lounge. Erica poured water on Prince’s side of the bed so he wouldn’t sleep in it.

The aggrieved Head of House verbally attacked Prince calling him all sorts of names.

Watch the clips below.

Erica to Prince: “Nengi dropped you, Tolani dropped you, now I’m dropping you. You’re the biggest mistake i ever made,”#BBNaija #BBNaijaLockdown pic.twitter.com/RO3mp3LDiP