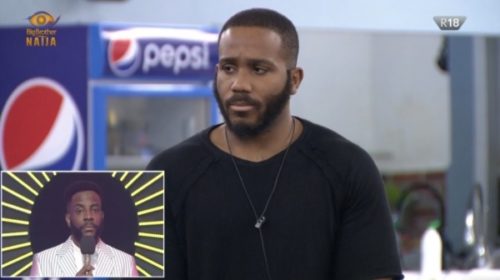 BBNaija housemate Kiddwaya has been evicted from the Big Brother Naija Lockdown Season 5.

It is the end of the road for Kiddwaya who finally gets evicted from the reality TV show. It is unfortunate that his exit came just a week after Erica was disqualified from BBNaija.

Last week, Kiddwaya was among the four housemates standing up for possible eviction, the others were Prince, Ozo and Dorathy. His eviction came shortly after that of Prince as announced by Ebuka.

During his stay in the BBNaija house, Kiddwaya won arena games, was Head of House, won team task and also received two strikes from Biggie.