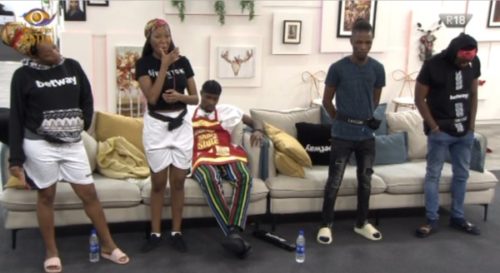 BBNaija housemates Laycon, Kiddwaya, Lucy, Nengi, TrikyTee and Vee have been nominated for eviction this week on the reality TV show.

Big Brother organisers reverted to the old style of nomination and eviction as the remaining BBNaija Lockdown housemates nominated those who the wanted out of the house.

At the end of the nominations, Kiddwaya, Lucy, Laycon, Nengi, Vee and TrikyTee were all up for possible eviction in the coming week live show.

Biggie announced the names of those up for eviction as they became aware of their fate.