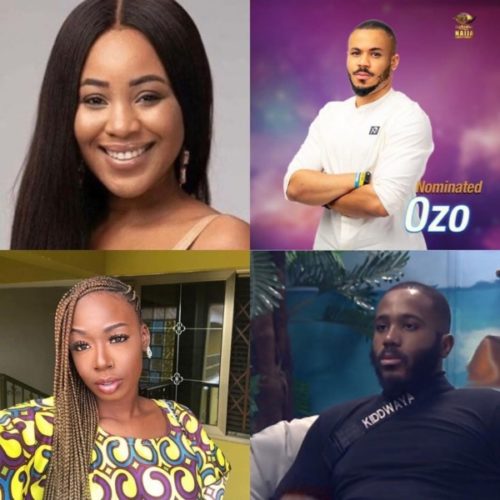 Big Brother this afternoon returned to the house after a few days of break. Biggie drew the BBNaija housemates attention to all the times the broke the rules.

It was a sort of judgment day as Biggie issued one strike each to Ozo and Erica for whispering.

Big Brother also issued strikes to Kiddwaya, Tolani Baj and Erica for breaking rules regarding the Head of House rules.

This means Erica received two strikes and would be disqualified if she gets another strike.

In addition, Kiddwaya would not participate in the Head of House challenge for 3 weeks.

Erica and Tolani Baj would not also participate in the HoH challenge for a week.

During this period they will not be made Deputy Head of House too.

Breaking Biggie's rules has gotten #BBTolanibaj out of the HoH Games for a week.https://t.co/gmLzDI4Ajz#BBNaija#BBLiveBlog pic.twitter.com/hmohMEZzP1