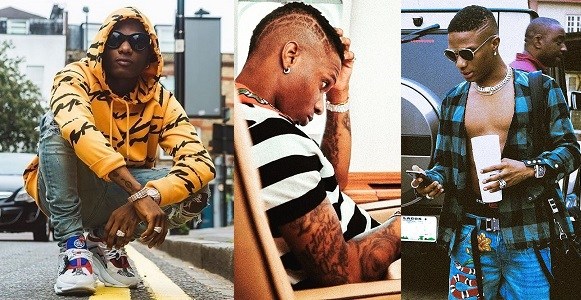 Nigerian pop superstar Ayodeji Balogun aka Wizkid is about the highest earning Nigerian musician at the time. The ”Ojuelegba‘ crooner charges very huge fees to perform at events around the world.

In a new update Wizkid has moved into the bracket of the most paid artistes in the world. This comes after the singer was paid heavily to perform in the Asian country India. He performed at a royal wedding in India at the Umaid Bhawan Palace.

The couple who happen to be fans of Wizkid booked the singer to perform at their solemnization.

It is reported the Starboy was paid as much as N50 million Indian Rupees. The amount is roughly $681,200 more than half a million dollars.

Wizkid becomes one of the Highest Paid Artists for Bookings in the World, as he performs at a Royal Wedding at one of the world's top private residences, Umaid Bhawan Palace in India. He was reportedly paid 50 million Rupees ($681,200, N245.9 million). pic.twitter.com/9EWOoFBl5j