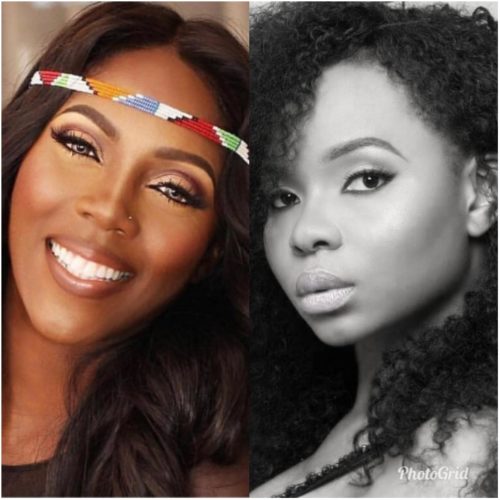 Tiwa Savage or Yemi Alade, which of these two female artists do you love to listen to?

The events of the past few days have sparked our curiosity to ask who is a better artist between Tiwa Savage and Yemi Alade.

Somehow Tiwa Savage and Yemi Alade have always been pit against each other from time to time. We often like to compare who is a bigger, richer etc., between the two leading female artists in Nigeria. There is no doubt that Mavin Records first lady and the Effyzzie Music act always make top two female acts in Nigeria. However, who ranks up as number one or two is often left to be debated.

The rivalry between Tiwa and Yemi was renewed again when an OAP Misi of Hot 98.3 FM upheld Yemi Alade as a better singer than Tiwa Savage who she labeled as a shouter. A new feud was started as both Yemi and Tiwa unfollowed each other on social media.

Both female artists are doing great for themselves with hit songs to their names. Both artists have bagged BET nominations and also won several individual awards.

Without mincing words and from a personal point of view, who do you think is the better ARTIST between Tiwa Savage and Yemi Alade?