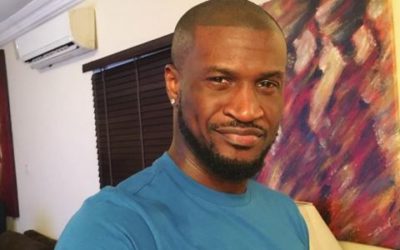 Peter Okoye Admits Being An Up-And-Coming Artiste Say He misses Psquare – Peter Okoye aka Mr P sits down with Nigerian tabloid Premium Times where he shared some truths about himself, his music and the defunct Psquare.

Mr P in his interview said leaving Psquare came with mixed feelings, he also admitted that he is starting out as a rookie in the game. The musician who is more regarded for his dancing spoke of his future plans and the direction he is headed.

PT: You took one of the biggest risks any musician could take when you decided to go solo. Can you honestly tell us if you were ready for the backlash and reactions that ensued?

Peter: It was a risk that is paying off today, I would say. I had prepared my mind for whatever the consequences of making such a decision would be. If you noticed, I said I am starting out my career as an ‘up-and-coming’ artiste. I made a decision based on my convictions and priorities. I don’t regret that decision one bit.

PT: Are you truly convinced that you have proved your critics wrong?

Peter: My intention was not to prove anyone wrong but find myself musically. Whatever the doubters are and whoever they may be, I wish them well.

PT: Do you sometimes miss P-Square and performing alongside your brother?

Peter: I would be lying if I said I do and I don’t. Being a part of a duo for as long as I was, and suddenly doing it alone took some getting used to. I like the fact that I can now express myself freely musically, I have more creative control and I am being heard. That makes it more interesting and I am getting used to it. So it eases the ‘missing’ so I’m good right now.

PT: What’s the next phase for you as a musician?

Peter: I hope to make more music, good music. I have so much to give as a musician. I’m also discovering and promoting other talented musicians under our P-Classic label. We have Singah, who just released a single Teyamo, DJ Switch with Penalty Dance and more to come.