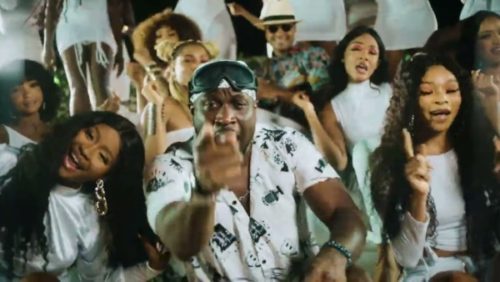 Check out this brand new music video from Mr P – “Just Like That” ft Mohombi out now.

Shortly after the release of his single “Just Like That“, Mr P has released the official music video for the song which features Mohombi.

Mr P brings the party to live with his energetic dance steps with Mohombi supporting him closely from behind. There lots of beautiful ladies who are having as much fun as seen in the visuals.

Watch, enjoy Mr P – “Just Like That” ft Mohombi below.