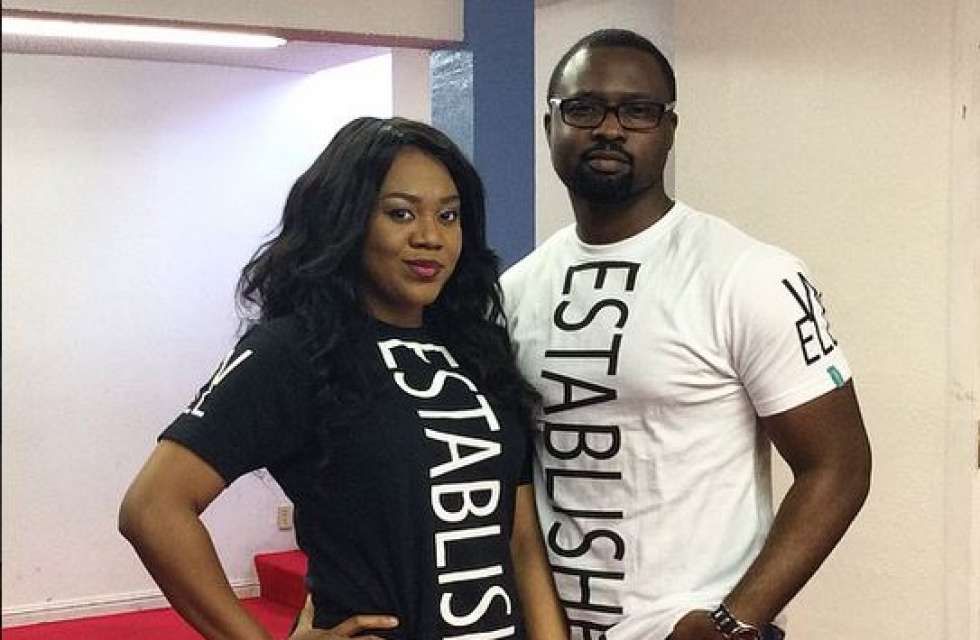 “Abeg Don’t Start This One O Cos I Will Clap Back”- Stella Damasus To Fan Who Asked Her To Get Pregnant –  Stella Damasus, US-based Nollywood actress, who is in her third marriage has finally found out how to have a longer marriage, and she shares the secret with followers on her social media page.

Stella Damasus gave a brief talk on how she was able to get and keep Daniel Ademinokan, her husband.

There has been a growing rumor that the couple is expecting their pitter-patter of tiny feet but the actress denied it in the comment section of a post and promises a clap back at whoever spreads rumors.

The fan replied to Stella’s post on marriage and she said, “Word! You both look sweet together. It’s high time you both pop out a lil prince or princess.”

Stella replied her without mincing words, “this has absolutely nothing with what we are saying here. Who gives the time to have kids pls? Abeg don’t start this one o cos I will clap back” 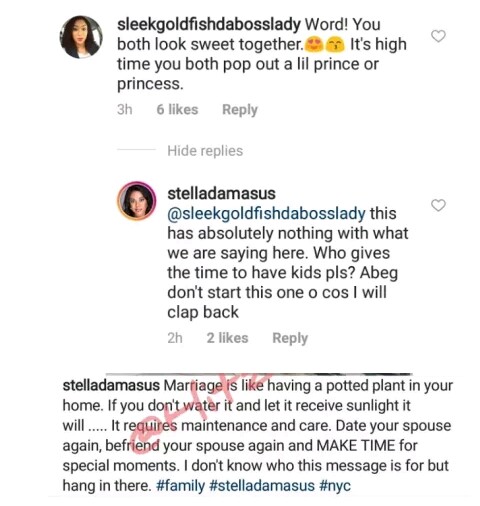