Former member of the defunct Psquare, Rudeboy was hit by a little unexpected incident while on stage recently.

The ‘Chizoba’ crooner was in Suriname during the weekend for a gig he was billed to perform. The excited fans were already singing to his songs as he reeled them out. 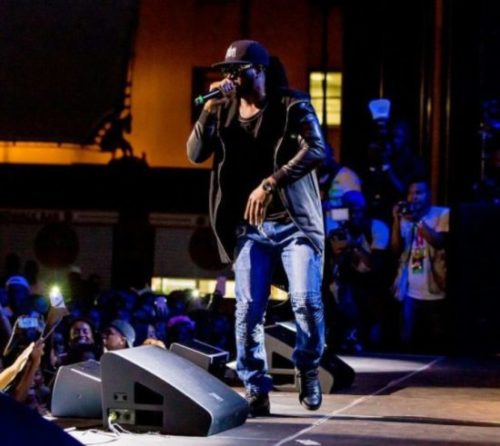 However, an unexpected incident happened, Rudeboy sank into the stage. While jumping and performing for the fans he stepped on a faulty part of the stage which collapsed on impact.

Rudeboy aka Paul Okoye shared a video of the incident on Instagram. He noted that he is OK as he did not sustain any injuries and continued performing to his audience.