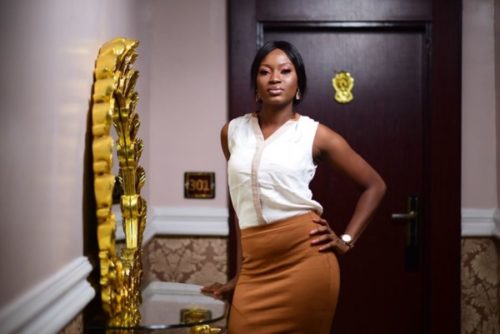 I will tell you a little story. Growing up, I used to enjoy igbo proverbs and that was because I desperately wanted to be Dad’s favorite child. So, I would cram as many as I could, then await him in the evenings after he has eaten and resting, I would join him at the verandah, fully prepared for war.

“Daddy, ka anyi tuo ilu”, I would say.
From where he was resting on his wooden armchair, he would look up at me, crack his fingers and say…
“Ngwa, You go first”

Dad always won the game. Every titled igbo man is bank of proverbs. They chew it like kolaut. But one lucky day, I was so close to winning, I knew this because I fired my last proverb and he stammered and waited nearly 5 Mins before he replied.

That was odd. He never did that. He never wasted time in responding. So, that was when I suspected a foul play. Maybe he really couldn’t remember any. But then, after 5 minutes, he finally came up with a proverb. A strange proverb.

The proverb he threw at me that particular night was one had never heard. So, I believed he forged it. He insisted he didn’t. I maintained that he did.

I wanted to ask him to explain but there is already a popular igbo proverb that said- “Onye aturu ili, kowara ya, ego eji lu nne nara niye” meaning he who a proverb is told and explained to, the bride price of his mother is in vain.

God forbid my mother’s bride price be in vain. Mama deserves every penny of the 350 naira daddy paid on her head.

So,i didn’t ask for an explanation that night and dad escaped his first lost. And from that day till today, I have not heard that proverb again, not from him or not anywhere else. So, you see i actually won that game that night.

This is where my story ends.

And our wednesday wisdom begins.

In those days of my proverb game, my favorite proverb was : Mgbe onye ji tete bu Ututu ya. Meaning, whatever time one wakes up is his morning.
This is an adage and an inspiration in one. You may have fallen in life, failed in several businesses, labeled a failure… Hear this, today, if you can wake up today, it will be your morning. Your beginning of boundless possibilities. You still have it in you. Your failures are only experiences.. The world awaits your exploits. Eyes has not seen, neither has ears heard what God has in store for you.
. Your chapter is not closed yet. There is still breath in you, so there is still possibilities. Get up and run. It’s only one life. Get up and strive. Get up and bloom. Get up and soar.

Your day has just begun.