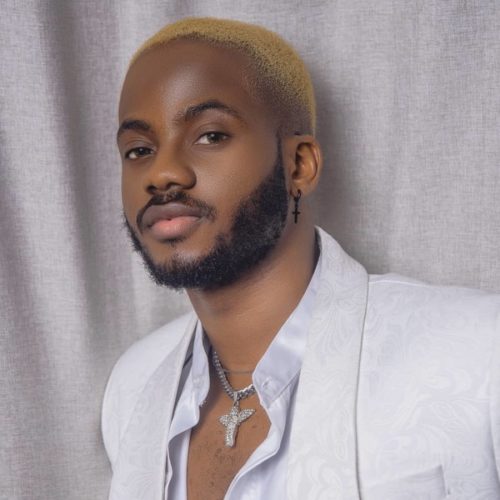 Korede Bello’s Popstar appeal becomes a fuller expression on “Real Man”, a song where Bello’s artistic brightness as a pop star comes alive stronger through his alluring lyrical demeanor to his exotic delivery that opens up like an actor who’s on some sort of deliberate transformation in the music industry.

“Table For Two”, his last year project quickens the transition’s initial phase – from his sparky and tenders to look Jeri-curl hair, to his recent good looking low cut and, gold color-tinted hair which makes him a more manly look with well-deserved broad appeal as it portrays through his music and everything it represents from his previous project.

Well, with his recent single “Real Man”, lies strong conformity of his pop star illumination, which grows on a more mature level; amplifying its sturdy essence on loving and lavishing funds on his girl as she whines and slow dance for him, he lavishes the money.

He is now a grown man, a pop star who deserves to be with the nicest girls –  apparently, he is now old enough to decide for him-self eventually.

He calls himself “the real man”, the kind who offers to give his lady everything and anything she needs – Bello’s music lately comes like he is on some kind of transformation, and like I said earlier; it comes brightening his cultural nature as a pop star who understands the wave and competition in the music industry and tends to dominate once more through this notable style of transformation.

RELATED: Naira Marley: Finds Love That Might Reform Him – “Chi Chi”, The Review

Ozedikus Nwanne, created much of the appealing sonic XP that he sturdily illuminates alongside.

Bello sings, and he choruses with a very mature attitude and, putting up his finest lyrical demeanor means his much hotness and readiness for dominance once more in the scene, and in between is his Popstar appeal exhibited through the new song.

Korede Bello is like an untapped African pop star that has the full qualities to stand out.

His transformation takes a manly look and to what he formerly represent as a mere guitar boy, with shiny Jeri-curl hair who made few hit records then; it shows like his recent refinement could be as a result of professional orientation given to help tap into his pop star abilities and top his game in the music industry – where listeners are more-keen about pop stars and have got a big heart for their pop songs; because to investors, their music is like an enriched resource to tap great wealth from.

At least, every confirmation of this has come from his recent music video appearances and each new presentation makes him a great Pop appealing star. His 2020, “Mi Casa Su Casa” music visuals are a very great illustration from his previous project.

And Bello seems ready to make a bigger impact and to dominate through his natural pop appeal, the sign has been fully inscribed and can be holistically confirmed on this new song, “Real Man”.