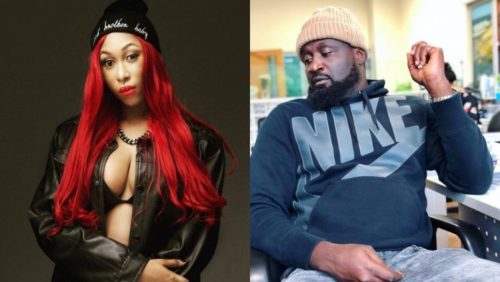 In a new series of clips surfacing online, Cynthia Morgan was heard screaming calling out her former boss Jude Okoye to pay her money owed her. The dancehall singer went on Instagram live where she continued to rant.

She said Jude Okoye is lying about her being indebted to him as regards her contract with Northside Entertainment. The ‘German Juice’ crooner stated that Jude owes her and she needs the money because she is suffering.

Some month back Cynthia Morgan surfaced online where she narrated why she was absent from the music scene. She mentioned issues with her former record label Northside Entertainment amongst other things as to why she was away from making music.

Watch the clips below.