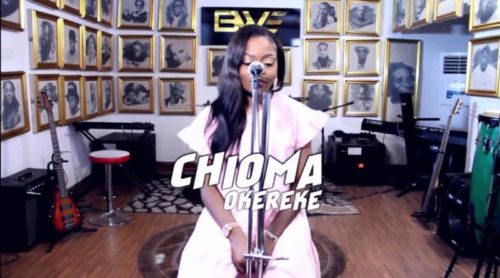 Prior in the year Chioma Okereke discharged “Write is Down”; a tune considering the grandiose dreams of a young lady, describing how she found her fantasies and was motivated to record it.

In the music video, we see Chioma Okereke and her band in a studio with the whole divider fixed with encircled photos of a portion of Africa’s best artists crosswise over various types.

This is the thing that we should need to call a Wall of Fame. This picture speaks to apropos the message of the melody.

The video was shot by Mr, Show.