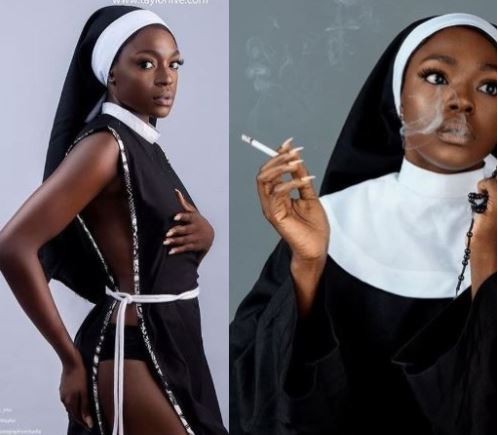 “It’s A Work Of Art” – Beverly Osu Defends Controversial Nun-Themed Photoshoot – Actress and Ex-Big Brother Africa housemate, Beverly Osu has been fired on social media since photos of her on the cover of TayorLive Magazine was released.

In the photos, Beverly was smoking while wearing Catholic nun attire and according to her, ‘it’s a mere work of art’.

See reactions to the photos and what she had to say below:

Beverly Osu should have tried this with Hijab ?. pic.twitter.com/ywjYdVQaZh

It’s people like this Beverly Osu that makes other religion followers think Christianity is a joke. Would she have tried it with Hijab…Hell fucking no!!! pic.twitter.com/3W5yFxrUiS

Beverly Osu is the definition of what is wrong with society.. Her portrait does not define "woke" it only portrays her Hoeism..

And using the rosary in that concept is frankly disturbing.. A really stupid human being..

Beverly Osu should have respected that rosary in her hand.

Although people have abused sacred materials a lot including Rosaries.
But what Beverly Osu did in this shoot is outrageously disgusting.
Smoking in a seductive nun attire wit Rosary at hand?
Rosary is meant 4 prayers, Christian wont come after u tho but leave u to ur conscience pic.twitter.com/wifHf1bxPh 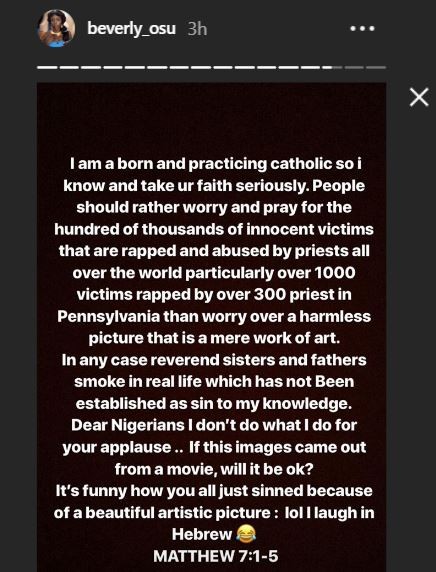 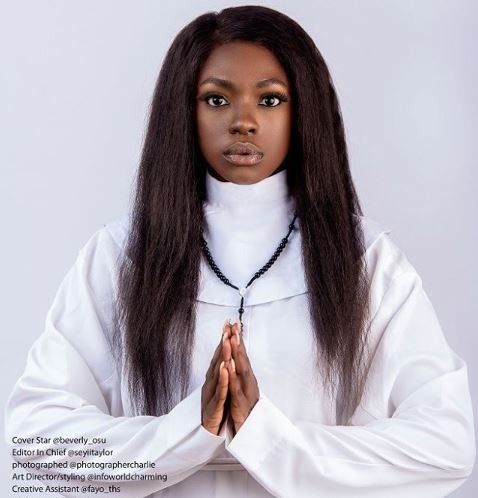 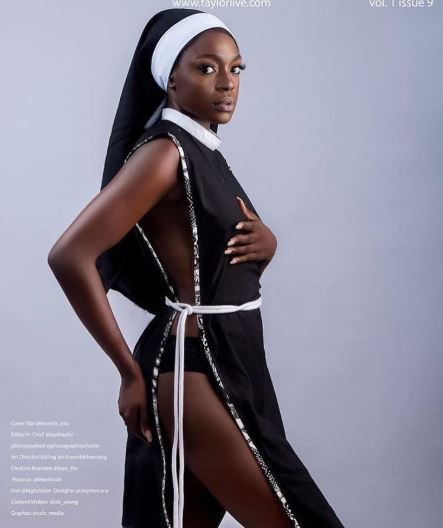 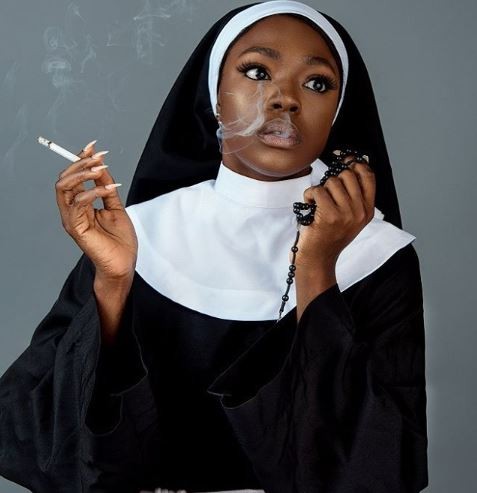