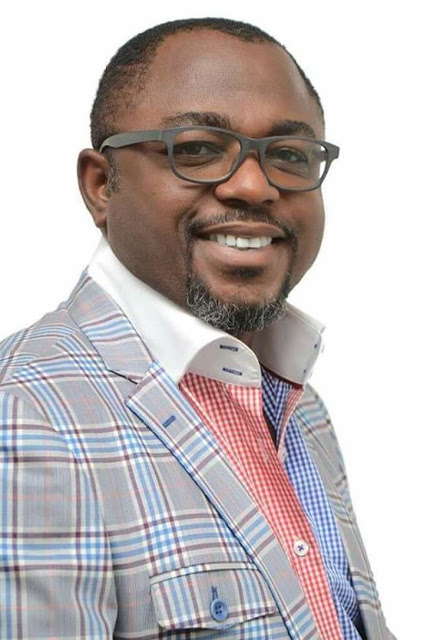 Renowned stage director, actor and senior lecturer with the Department of Theatre and Film Studies, University of Port Harcourt, Dr. Ovunda Ihunwo, has debunked the notion that live theatre cannot thrive in Port Harcourt, describing it as a wrong perception.

Dr. Ihunwo made the assertion when Thespian magazine sought his views on the issue.

“It’s a wrong perception”, he said, “Or at best a half truth. Live theatre can thrive if we, the practitioners, make the necessary sacrifices to build our brand and government plays its part in providing enabling structures. The idea of a thriving live theatre business in Port Harcourt is two-pronged. First, we must understand that the business of entertainment needs consistency to build and sustain clientele. This is the case with Port Harcourt. People need to get used to your quality of work especially when it has to do with drama. I had handled a monthly drama programme with an outfit, Spur on Stage, during which we staged a play on every third Sunday of the month. We ran the programme for nine months at the Atlantic Hall of Hotel Presidential and I tell you, our patronage was growing with each outing, though for some logistics reasons we had to discontinue. If we had continued for over a year, you can imagine what the business would have been like now. Our people want to do just one show and ‘hammar’ like AY! They forget that it takes years of hard work and consistency to build a brand, and even AY (Ayo Makun of AY Show) paid his dues in that regard. I always do stage productions in Port Harcourt and most times I spend my own money without getting much in terms of returns. However, that investment which brings me to the second part, is what makes corporate bodies and government agencies to engage my artistry. I make bold to say that I directed the two plays for the Golden Jubilee of Rivers State; King Jaja of Opobo and The Concubine. That was the benefit of consistency and regular improvement of one’s skills against all odds”.

Dr. Ihunwo, a Distinguished Fellow of the National Association of Nigerian Theatre Arts Practitioners (NANTAP), also challenged the government and corporate organizations to rise to their responsibilities by providing adequate infrastructure and other support initiatives for the creative industry especially live theatre.
“On the part of government and even corporate bodies, if they match the number of cinemas we now have in Port Harcourt with good theatres like Lagos State is currently doing, we’ll have a renewed theatre culture in Port Harcourt and other parts of Rivers State. At times I look at the abandoned structure at GRA junction. That was supposed to be a mall initiated by the Celestine Omehia administration. Imagine that place as a theatre. Its central location and accessibility will definitely have a string selling point. There are no purpose-built theatre structures in Rivers state.

Not even one! And that is not good for the industry which has contributed so much to the creative economy of the State. Even the structure said to be for the Arts Council, still being constructed for the past 10 years, will end in futility because of its location. An enabling environment and infrastructure would go a long way in boosting live theatre in Port Harcourt and changing public perception in that respect”.

Ovunda Ihunwo studied Theatre Arts at the University of Port Harcourt and has since bagged a Masters and Ph.D in Film Studies.

Having stamped his authority in the area of Events Management and Media Consultancy Services as an entrepreneur, he currently teaches Acting, Voice and Speech for the stage and screen in the Department of Theatre and Film Studies, University of Port Harcourt.

A former National Vice President (South-South), Actors Guild of Nigeria (AGN), his credits as a stage director include Obaseki, The Gods Are Not To Blame, Kolosians Kolony, Vagina Monologues, Marriage Coup, A Husband’s Wife, Adam’s Family, Odum Egege, as well as King Jaja of Opobo and The Concubine earlier mentioned.