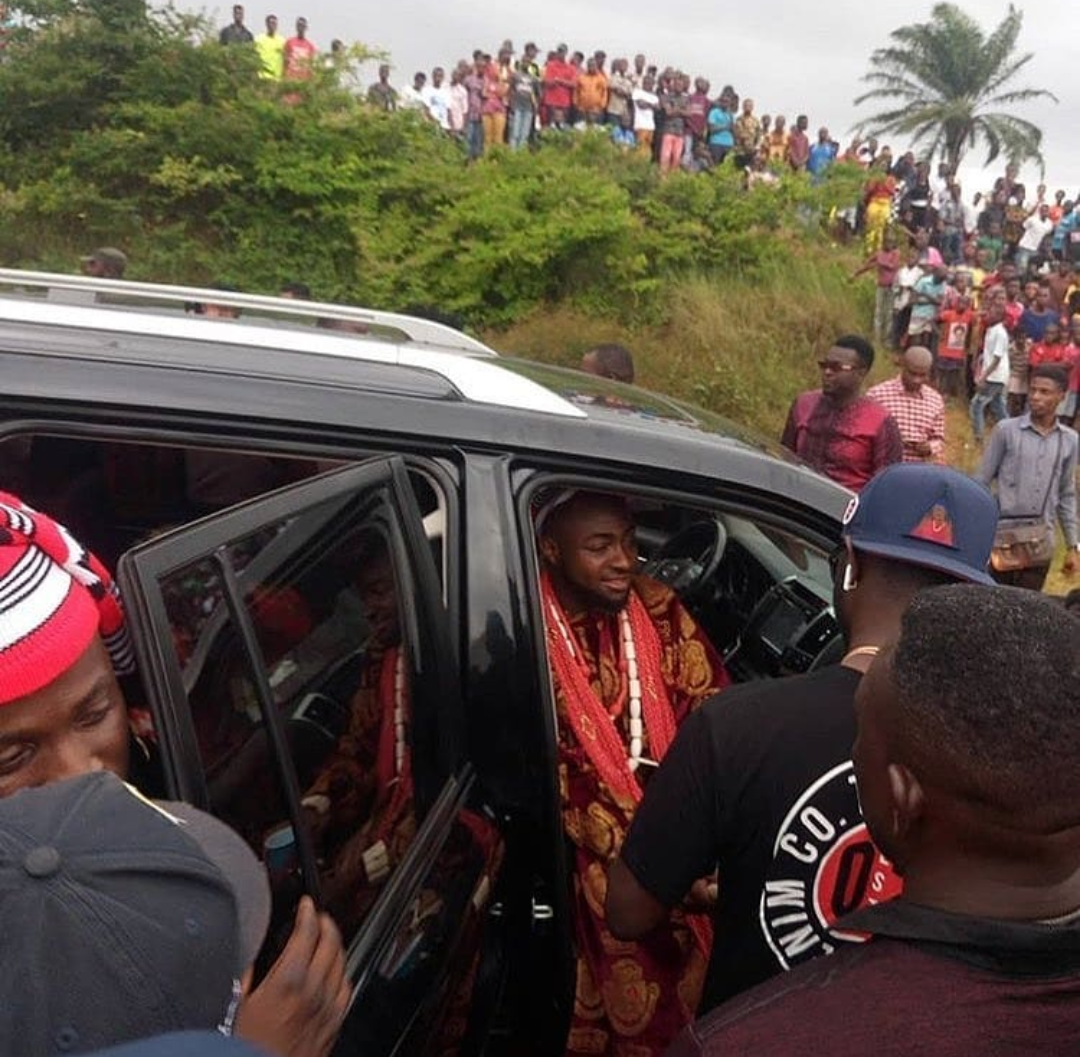 An excited flock of fans trooped out in large numbers to catch a glimpse of Davido as he was shooting a music video for a collaboration with Duncan Mighty and Peruzzi. The title of their upcoming song is titled ‘AZA’.

Ace cinematographer Clarence Peters handled the video shoot. The video takes a traditional plot as seen in the attire of the artistes.

Check out these clips below: