Nina Finally Speaks Up She Was Dumped Publicly By Miracle – A few days ago BBNaija’s Miracle publicly announced that he and Nina were never a relationship and said that his fans shouldn’t subject them to an undue relationship.

Nina has finally spoken up about it in a rather subtle way. It seems like she has moved as she posted “For all has been washed away, everything now is new”  on her Insta story. 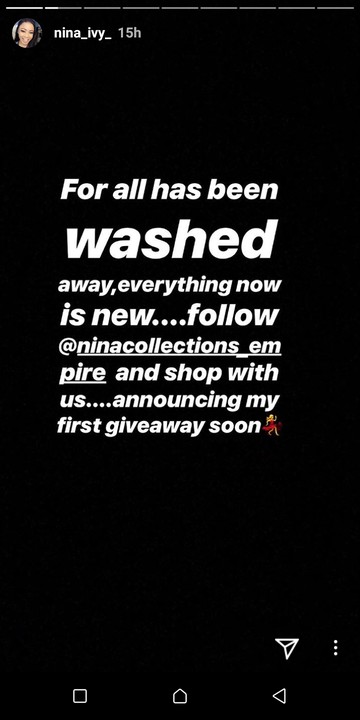