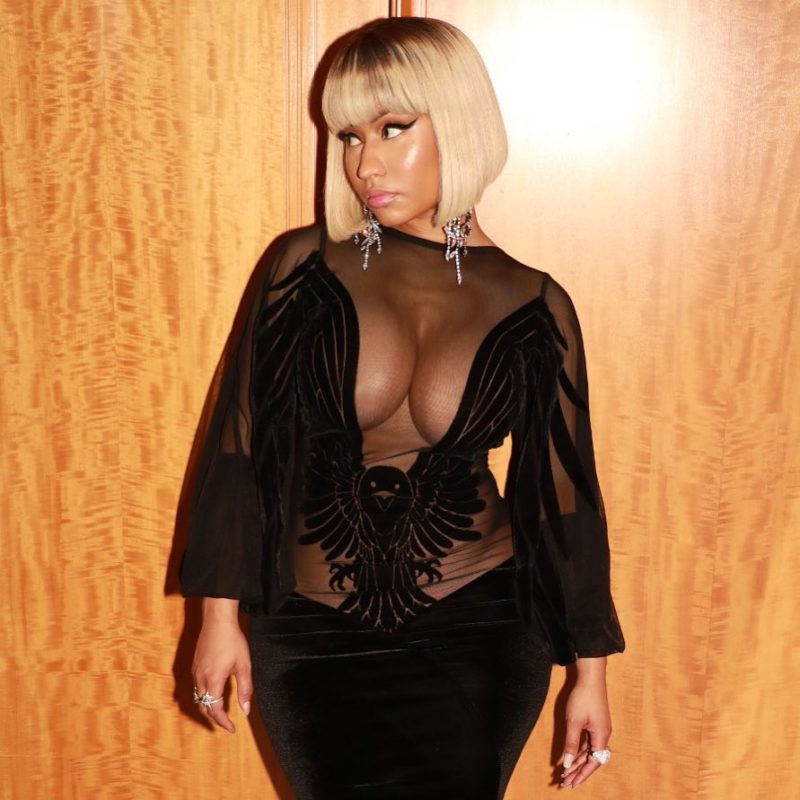 She’s an empress of hip hop in the American rap music scene.

Birthed 1982, Port of Spain, Trinidad and Tobago but breed in Queens, New York.

Nicki is an American singer, songwriter, actress and model.

She began her voyage in the music industry in what seemed like little drops of waters in 2004 and at the moment a mighty ocean that has swept the new world.

Her big break came after a couple of mixtapes that heralded her rap ingenuity and got her signed into Young Money Records in 2009, a label imprint founded by Lil Wayne.

From thence, her maiden album sprang up to pubic consciousness.

It was dubbed pink Friday having the year 2010 as it’s birth year.

Nicki Minaj presumably has the pink Friday album to thank for being it’s bedrock.

Her distinct fluid rapping style earned her credibility amongst other rap acts in the game.

Her breakthrough album Pink Friday, in the course of it’s first week of launch climbed up to 375,000 copies in sales.

The sequel of the album Roman Reloaded similarly raked in fortune for Nicki Minaj when it sold over 250,000 copies in it’s maiden week.

Nicki Minaj’s Net Worth recieved a boost when she fulfilled her pipe dreams of becoming an actress, a role she delivered to the latter and was even nominated for an award on it’s wake.

Then she went ahead to cast in the movie Barbers Shop: Next Cut, a movie that received lots of accolades in the aftermath of it’s shooting.

In 2017, she was signed unto a modeling agency called Wilhelmina models.

Nicki is also a regular face in the covers of major magazines in the US, UK and Canada.

The albums Pink Friday, Pink Friday: Roman Reloaded and PinkPrint had seen her go on world tours courting the attention of millions around the world and certainly enriching her purse.

In 2012, Nicki Minaj again recieved a growth stimulant when she was appointed as a Judge alongside other celebs in the twelfth season of American Idol.

She reportedly earned $12 million for her role as a judge.

A plethora of deals have been inked by the “Anaconda” crooner, some of the top brands that have endorsed her are; Pepsi, Nokia Lumia, MAC Cosmetics and Adiddas.

Nicki has also been involved in the world of business.

She owns her three fragrances “pink friday”, “pink friday deluxe” and “Onika”, her own clothing line “Nicki Minaj collections” is made up of clothings, accessories and household items.

She also has her own speaker product, the “pink pill speakers” which she partnered with beats electronics to launch.

According to Forbes Nicki Minaj net worth is valued at an estimated $70 million.