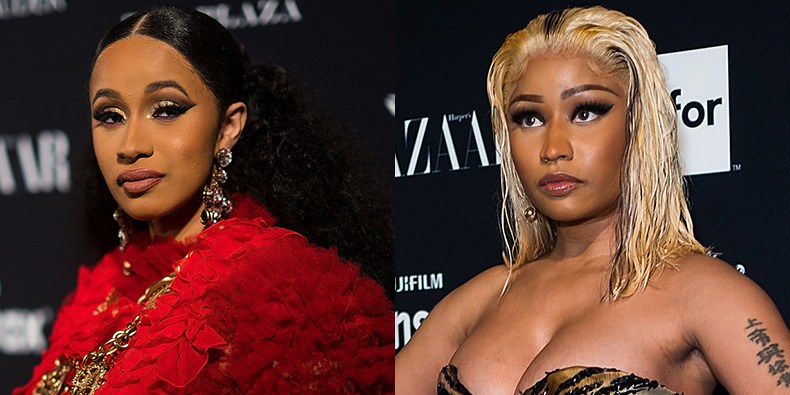 Nicki Minaj Opens Up About Fight With Cardi B – Nicki Minaj finally speaks out after her rap rival Cardi B attacked her with a shoe at the New York Fashion Week party last Friday.

Talking about the incident, Cardi B explained why she was furious with Nicki.

On Monday, however, Nicki finally addressed the incident and said she was ‘humiliated’ by her fight with Cardi B.

On Monday’s episode of her Queen radio show on Apple Music’s Beats 1, she said: “The other night I was a part of something so mortifying, so humiliating to go through in front of upper echelon people – it’s not about black or white – people who have their lives together.”

Insisting that she did not speak ill of Cardi’s daughter, Nicki added that if Cardi continued fighting with people, she could ‘die.’

“I was mortified, I could not believe how humiliated I felt how ‘we’ loosely made ourselves look. I would never discuss anyone’s child. It’s so sad for someone to pin that on me.”

“I would never talk about anyone’s child’s or parenting, I don’t give a shit. It’s so crazy to me that people always need to make Onika the bad guy. if you’re right in whatever you’re doing, you don’t ever have to make someone into the bad guy.”

“You know I didn’t say or never did talk about anyone’s child. I am not a clown, that’s clown s**t.”

“You put your hands on certain people you gonna die. PERIOD. And you all sitting here making this shit a joke? I’m not the b**es in the strip club and I’m not a b*** on a reality show. My money is very f**king long.”

“I just want people to know that Onika Tanya Maraj has never, will never speak ill on anyone’s child. I am not a clown.”