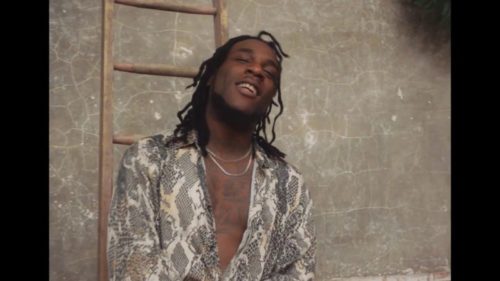 The event took place at the popular Eko Convention Center, Lagos. In a year when Burna Boy was amazingly outstanding, it was only right to have an end of year kind of party with Damini Ogulu.

READ ALSO: 7 Nigerian Artistes Who Own An Expensive Bentley Car

The show ended a few hours ago and folks are still reacting to the event.

First off, attendees of the ‘Burna Boy Live’ concert decried the late timing for the event kick off. As seen by a number of tweets by attendees, the concert which was billed to start by 9 PM commenced a couple hours later which had some fans grumbling.

It’s 2am, nobody is performing, Mc’s have gone backstage, we’re here looking at ourselves. Damini Ogulu you did not try at all. #BURNALIVE

#BURNALIVE 12.05am we are still trying to scan the barcodes in exchange for tags. The show hasn't started. The whole thing is bloody disorganised.

You people ooo… #burnalive has not started ooo. 10.30pm. VVIP is literally still empty. Dj is even dry af, he reduces the volume of his speaker o. It's like church sermon. The vibe rn is horrible

The way this Burna Boy's show was hyped eh.. You will think Jesus dey perform. Only to be here and its 9pm already and nothing is happening ?‍♂, gbedu never enter anywhere. #BurnaLive #BurnaDay pic.twitter.com/COWmodxjDX

Finally the star of the night, Burna Boy pulled up after several hours of waiting by fans.

Come clips from his performance

This is my song of the year and this performance bust my head! pic.twitter.com/FGZPj9X7L0

This is the song I waited all night to record and I couldn't hold the cam with sense ? #BurnaLive pic.twitter.com/91WI4rT7ac