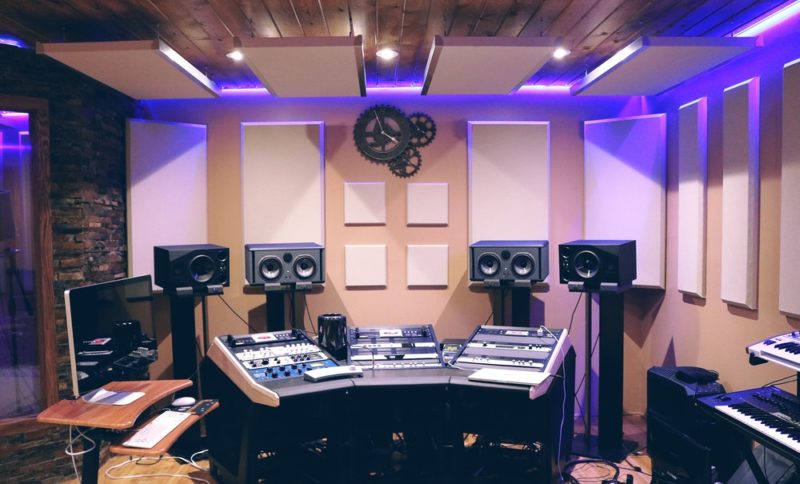 How to Become a Music Producer in Nigeria (2020) – Music is the spice of every society, songs are being churned out daily for the world’s listening pleasures, they say, it’s food for the soul and no one argues about that fact.

But who are those behind the release of these songs?

While, the job of an artist is to creatively put some words together called lyrics and create a tone or style of progression for it, the music producer is the one who is in charge of organizing the beats, mixing, recording, marketing and generally every other thing that is involved in making that piece of music available to the public to download or buy.

So the music producer is always behind the scene making sure every song by an artist is a hit.

No wonder, it’s a norm in the Music Industry to always scream out loud the name of the producer in the song.

“It’s youngjohn the wicked producer”, “DTunes again “, “Gospel on the beats”, “it’s Pheelz Mr producer” these lines are all household and if you are based in Nigeria, then you must have heard of them severally.

It’s almost a taboo if a producer’s name is not mentioned in a song.

That’s one of his numerous entitlements as far as music is concerned.

Being a music producer is a professional job and surely pays to the later.

The likes of Don Jazzy, Selebobo, and Coublon are worthy testaments to the enormous bread the profession can bring to one’s table daily.

Below’s the journey on how to become a music producer in Nigeria:

Be sure you have the passion for music

Any venture veered into without the passion for it doesn’t look promising.

So don’t just jump into it because you think it’s lucrative, without the passion you won’t survive the trying times and rocky days.

It’s the passion that keeps you going even when things seems stagnant for you.

If you don’t have the passion for producing music, you shouldn’t even be reading this article.

This factor can not be overemphasized so we’ll ride on.

Get a professional training

Like I mentioned earlier, music production is a profession, not something you do just for the fun of it, it’s serious business.

So get a formal training on it.

It’s offered as a course in music schools and even in the universities.

A majority of universities in Nigeria have it under the department music.

You can choose anyone you find pocket friendly or convenient but make sure you get the best out of it.

Don’t just dwell on music production, take up other music courses, learn the basic rudiments of music generally, learn how to play the keyboard, the guitar, the drums, expand your horizons in music, all these keeps you on an edge above other chunk of producers.

After your formal education, you can go for an internship under one of the major producers around, school has never been enough, ask Zuckerberg and Gates.

The internship will teach you things school won’t, you’ll have more practical experience and networking opportunities while doing it.

You can even start working under someone here, learning more of the ropes till you gather enough money to lead a solo music production career and become the boss of your own.

There’s a saying that “if you hang around the barbers long enough,  sooner or later you’re gonna get a haircut”.

Establish your own studio

It’s time so set up your own studio, obviously hanging around the barbers shop has earned you a fine hair cut and so you should move on.

Your studio gives you an office space and an official position.

Locating you can be easy with your studio address.

It doesn’t matter how small it will look, just start right away and get rid of any iota of laziness inherent or acquired by you.

Go out and associate with other producers

Do not be like an island in your studio.

That you now have one doesn’t mean you should shut the world out.

Go out, look for other producers, fratenize with them.


Find their associations and join.

The association, Performing Musicians Association of Nigeria (PMAN) is in most states and highly recommended to join.

So find more of these associations and join them.

It is a place where you get to meet other producers and musicians alike.

One connection could be all that you might need to be announced to the world as a star.

These outings exposes you more to people on the same boat with you and increases your chances of becoming big.

As you attend these shows, socialize and exchange contacts with upcoming and made artists, let them know you are producer, they might want to try new hands someday and your number could just come in handy.

And you better be good at what you do, which if you follow the second step in this article, this won’t be a problem.

A first impression will certainly earn you a credibility, more calls leading to more jobs.

Get registered with relevant bodies

Notable of them is the Copyright Society of Nigeria (COSON).

This body ensures that original works of artists which in the content industry is referred to as “Intellectual property” is protected against copyright.

In cases where someone steals the intellectual property of your artists or your beats, COSON can take up legal actions against the person when you inform them of it.

There’s also the Music Producers and Marketers Association of Nigeria (MUPMAN) to register with.

Do not just stay put in your studio and wait for artist to come to you.

Go out, seek for young talented upcoming artist on the street, take them in, train them, refine them and produce songs for them for free.

That way, you become their manager and producer and when they eventually become prodigious in music, you reap from where you sowed, every money they earn while you manage them will have your account smiling while receiving it’s own share.

Banky W refined Wizkid and made some mind boggling amount of doughs on his investment through Wizkid before the kid grew into a man and was too big to contain, hence a deal severance.

Also being a music producer is 50% skill and 50% creativity.

So put on your creative hat and start transforming things from the ordinary to the extraordinary.

Creativity will stand you out among your league of contemporaries.

Be innovative and trendy, most times a song might not be too rich and meaningful in lyrics but the sound track will cover up for that defect and the song will still be cool.

That’s the skillful producer in action.

So you as you venture into music production, two words “Stand Out”.