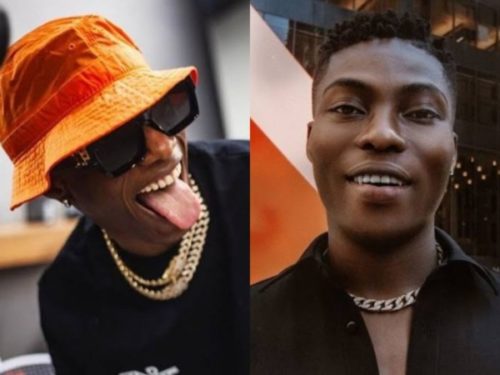 Nigerian music star Wizkid has called fellow colleague Reekado Banks a fool for trying to drop their collaboration with him inspite of the end Sars protests going on.

Wizkid in an outrage called the Mavin Records star a ‘fool’ for trying to be an opportunist. This comes even as the Starboy postponed the release of his ‘Made In Lagos‘ album which was scheduled for release today.

Reekado Banks in a tweet shared a snippet of ‘Omo Olomo’ and announced it would be released at midnight tagging Wizkid.

See the exchange below. 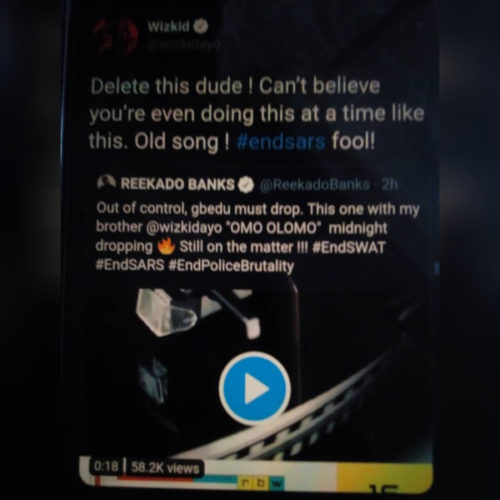