For fans of Reekado Banks who probably want more music from the singer, here is good news for you all.

The ‘Bio Bio’ crooner has revealed when his next music project would be released. Reekado Banks made the notice on Twitter when he was questioned by a fan.

The Twitter user asked ‘when are u dropping album bro‘, to which he answered ‘EP drops in October‘.

Stay tuned as more about the upcoming EP would be announced as it drops. 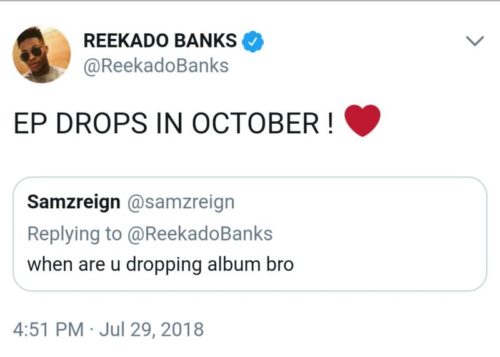