Nigerian disc jockey DJ Cuppy is not a new name in the music industry. A lot of colleagues and fans have come to admire her for one of the following reasons, her beauty, family background, or the fact that she has decided to hustle her way to the top as a DJ in a male dominated industry.

One of the things going for DJ Cuppy, born Florence Ifeoluwa Otedola, has been having the Otedola surname. Being born to the family of Nigerian billionaire businessman may have opened a lot of doors for her. 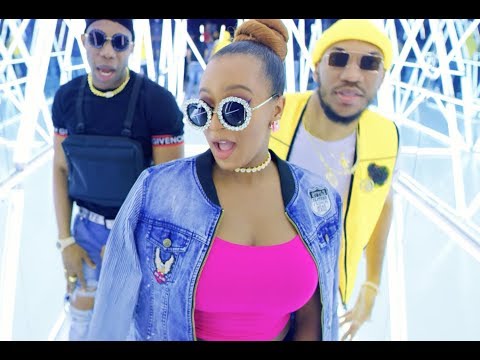 Lately, DJ Cuppy has been in the news because of  her sheer determination to explore with singing. Her two most recent singles has ‘Werk‘, and ‘Charged Up‘ with Masterkraft has sparked a lot of reaction as to whether she should shun singing or keep the energy. These opinions has been shared across social media platforms from Twitter to Instagram. A prominent shot directed at her was from Oyemykke who openly told her to withdraw from singing.

The Pepsi ambassador, took a different turn in her DJing career last year when she decided to become a record producer and singer. Her first attempt at it was ‘Green Light’ with MMMG star Tekno and her next was ‘Vybe’ with Sarkodie. To be honest, debut single was a hit and her second single was also widely received.

However, as she makes more attempts to sing, DJ Cuppy just keeps floundering with each new effort only getting worst than the previous. It’s pretty obvious she isn’t blessed with superb vocals like Waje, or Simi and neither is her lyrical content something to write home about.

Here are a few reasons why she should probably stop singing.

1. DJ Cuppy isn’t exactly the best Nigerian disc jockey in the industry, that being said, delving into singing would deter her from perfecting her DJing skills.

2. She pretty sucks at singing, taking it too far would eventually ruin the goodwill she currently enjoys.

3. The better idea would be sticking to the idea of being a record producer like DJ Khaled without singing. That would be more honourable.

4. Pushing too hard on trying to sing would eventually end up as a waste of resources, even though we know there is a lot where that came from.