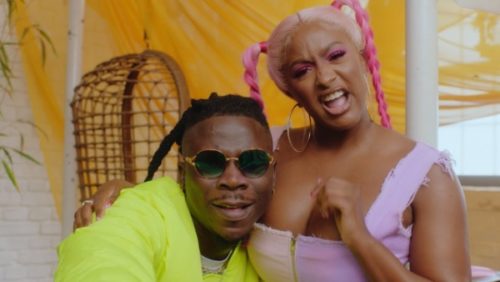 Award-winning DJ Cuppy pulls out a new music video for her song ‘Karma’ featuring Ghanaian dancehall singer Stonebwoy. She recently won an award as DJ of the year at the just concluded Afrimma.

‘Karma’ is a song from DJ Cuppy’s debut album ‘Original Cuppy‘. The visual was shot in London by Meji Alabi for JM Films