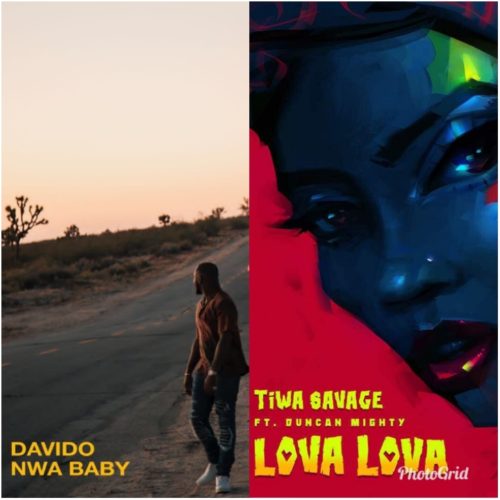 The past days have been pretty awesome for music lovers across the country and Africa at large. Lots of very dope tunes have been churn out in the past 12 days of August.

‘Nwa Baby‘ and ‘Lova Lova‘  by Davido and Tiwa Savage respectively are among the tons of music dished out this month.

For Davido, ‘Nwa Baby‘ was promised a long time ago with several months passing without the official release of the tune. After much anticipation and publicity Sony Music Entertainment finally approved the release of the song. On ‘Nwa Baby’ Davido revisited the ‘pon pon’ sound as produced by Fresh VDM and SperoachBeatz.

For Afro pop diva Tiwa Savage, she has been consistent with her music dropping hits back to back. However, she put out a new single ‘Lova Lova‘ which featured raving Port Harcourt first son, Duncan Mighty. Since ‘Lova Lova’ dropped Tiwa Savage has been getting plenty of good remarks on her latest effort.

Judging from fans appeal, downloads and social media activities Tiwa Savage and Davido have the biggest releases so far in August.

As a music lover after listening to both ‘Nwa Baby‘ and ‘Lova Lova‘ which of the two tunes do you prefer and probably on heavy rotation on your music playlist.

Tell us your opinions on the two songs in the comments. NaijaMusic wants to know your thoughts. Thanks!