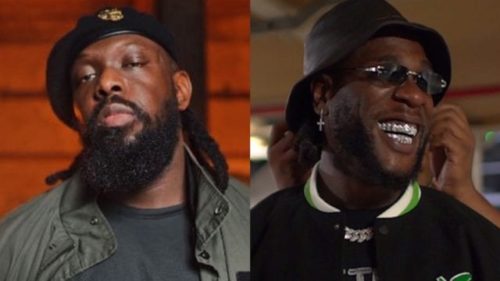 Ace Nigerian Singer Timaya has reacted to the grand reception and honoring of Burna Boy by the Rivers State Government during the weekend.

Burna Boy who hails from Rivers State was over the weekend, given a befitting reception and awarded with the second highest honor in the state “DSSR” for winning the Grammy Awards.

Governor of Rivers State, Barr. Ezenwo Wike who gave him the award, also gifted him with a plot of land, N10 million naira, and money to build a house on the land.

The Egberi Papa 1 of Bayelsa has reacted to the honors given to Burna Boy amidst criticisms.

The singer who was one of the guest artists at the homecoming concert organized in honor of the Rivers Son,  said “We gatto honour our own, Oluwa Burna night was 2 STOOPID” via an Instagram post.