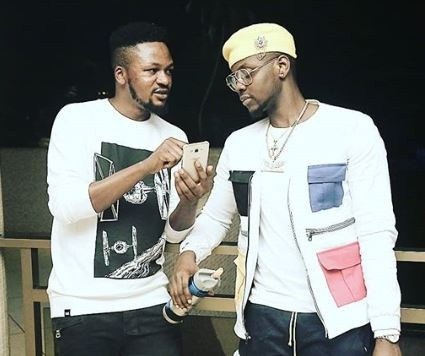 Tumi Lawrence has reacted to news that he was fired by Kizz Daniel on Instagram.

Some days back, it was reported that Kizz Daniel had fired his erstwhile manager following the allegation he was slapped by Davido during his December concert.

He was replaced by a new manager Rebecca Junaid.

As seen on Instagram, Tumi said he walked away from the Fly Boy Inc. crew and was not fired as purported. He made the revelation after some quizzed him about his sack. 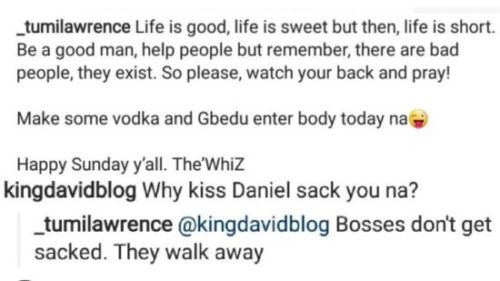 He replied “bosses don’t get sacked. They walk away”.