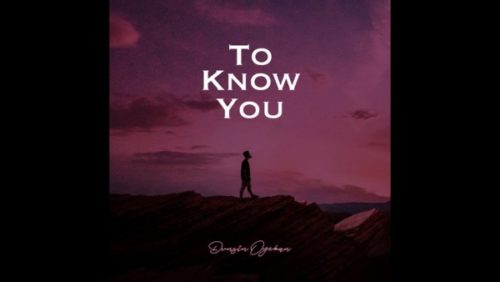 Check out this brand new piece of powerful music video coming from Dunsin Oyekan – “To Know You” out now.

Award-winning Nigerian song minister, Dunsin Oyekan, has released a beautiful visual to his recent song titled, “To Know You”.

The talented singer released this song early this year alongside other songs on his album titled, “The Gospel of The Kingdom”.

“The Gospel of The Kingdom” caught the attention of Nigerians when the Dunsin released the amazing songs which have been used as a worship song in some churches.

Dunsin Oyekan which released 16 songs on his album has finally released a video for the amazing song.

Watch, enjoy Dunsin Oyekan – To Know You below.