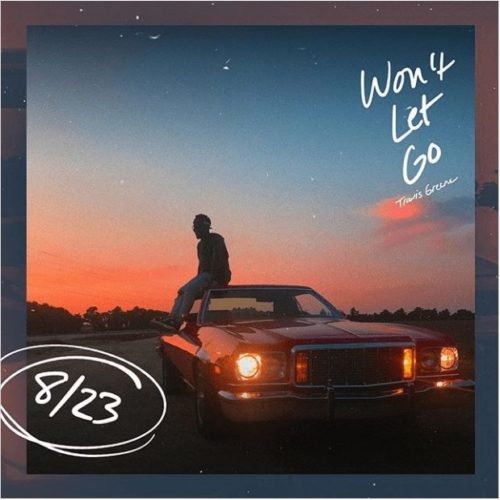 Garnering acclaim as one of the most versatile breakout artists and songwriters creating inspirational music with hits such as “Love Will Always Win,” “You Waited,” “Made a Way,” “Intentional,” from his #1 albums Crossover: Live from Music City and The Hill, Travis Greene has released a brand new single titled “Won’t Let Go”.

Travis Greene shared the inspiration behind his latest project by saying;

“Here is how “Won’t Let Go” came to be! Take a minute and see how the song came alive out of situations that have happened along the journey! I was ready to give up but God man he wouldn’t let me go, he kept holding me close making sure I knew he was there along the journey”.

“Won’t Let Go” is the first single off Travis Greene’s soon to be releases album “Broken Record” which will be released in October, 2019.

“This new song ‘Won’t Let Go Mp3’ was written on the 30th Anniversary of my Father’s passing. It was an emotional year for me because my oldest son @imdavidjace is now the same age I was when my father went home to be with the Lord. The first person I sent this song to, on the night I recorded it, was my friend, Shari, who recently passed from cancer“.

She said it gave her so much peace, in a time of confusion. Next, I sent it to my mom to lift her spirit on a day that typically hard for her. Now I’m ready to share it with the world! I dedicate this song to 2 very special women #MyMom & #ShariBroadwater. Through it all, our God #WontLetGo“.

The single is now available on all digital stores;