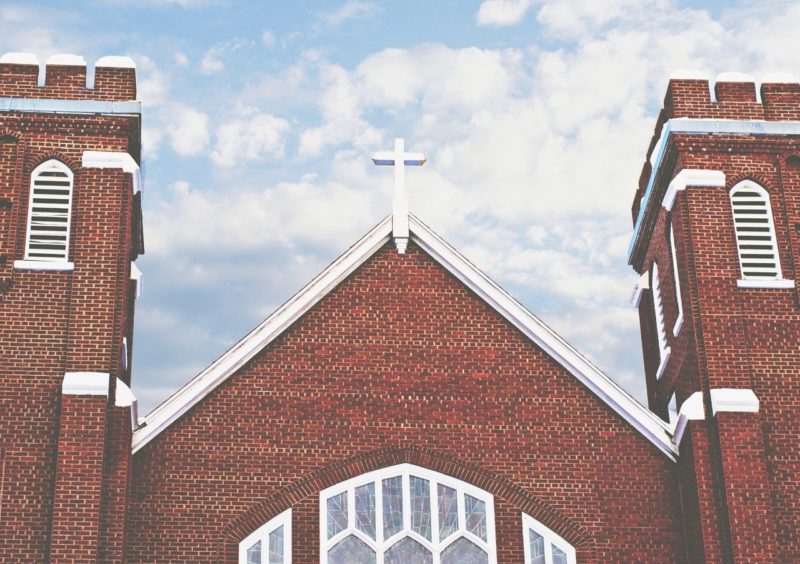 Top 10 Biggest Churches in Nigeria (2021) – Nigeria is arguably the most religious nation in the world with a reputation of having 4 out of the 10 richest pastors in the world and also owning a slew of largest church auditoriums around the globe.

These days churches spring up at the slightest spiritual provocation, a name is sung and you’re invited for the inaugural.

So we can still safely assert that Nigeria has the highest number of churches per 30-foot distance.

However, out of the lot, a few churches have been able to stand out in various capacities.

They wield power and influence, command international and local attention, and have the massive jaw-dropping army of worshippers across Nigeria and Africa.

The names of these churches are household or at least will ring a bell to even those who have this stinking animosity for religion and the likes.

This list of churches in Nigeria is ranked by some parameters like membership populace, influence, a number of branches in Nigeria and overseas, popularity, the reputation of the founders of general overseers among others.

Here are the top 10 biggest churches in Nigeria

Well, this is one church everyone will totally agree to its prodigious nature.

Nigeria’s biggest church was founded in 1952, by Pa Josiah Akindayomi.

The founder, before his death in 1980, ordained Bro Enoch Adeboye, as a pastor in 1975 and would later transfer the mantle of leadership to Pastor Adeboye.

Today the church is on literally every street that has live in Nigeria.

So far, that plan is coming to fruition, especially here in Nigeria.

The RCCG as of 2017 has its branches in over 196 nations in the world and the number here in Nigeria is presumably at infinity.

The RCCG has over 5 million members globally and its headquarters is in Lagos Nigeria, with a camp in Ogun State that could accommodate a million worshipers in a single service.

Founded in 1981 by Bishop David Oyedepo, the church has grown from a mere gathering of Christians to an Olympic stadium religious setting.

It’s founder Bishop Oyedepo is the richest pastor in the world and has been rumored to have in his private hanger, four private jets, a figure he debunked and reduced to one.

The church has its presence in 68 nations of the world and is littered all over Nigeria with multi-million dollar edifices for branches.

Its headquarters is in Ota, Ogun State, Nigeria.

Founded by Pastor Williams Kumuyi, a lecturer of mathematics at the University of Lagos in 1973, hence, that title of a lecturer was stripped off him when he answered the call of God.

From a gathering of 15 students who came to learn the scriptures from him to over 65,000 congregants recorded in a single service in 2016.

The DLBC is no doubt one of the biggest in Nigeria even though its doctrine is quite conservative and seem less contemporary.

In 1931, three missionaries from the UK brought the church to Nigeria.

It’s one of the oldest and biggest in Nigeria.

It has over 4.5 million members, while its a national temple in Lagos, Nigeria can sit up to 100,000 persons in a single service.

The church branches are present all over Nigeria in no small amounts.

In 1987, Pastor Chris Oyahkilome formed a little prayer cell at the Ambrose Ali University where he was studying architecture and that unsung group amounted to one of Nigeria’s biggest churches today.

With in-depth teachings on the word of God, Pastor Chris has been able to garner followers across the globe from his Lagos base and is touching lives on a daily basis through his LoveWorld global network.

The church is headquartered in Lagos with over 40,000 worshippers and numerous branches across Nigeria, South Africa, Europe, U. S,  Canada, et al.

Largely known as a prayer ministry, the MFM was founded by Dr. Daniel Olukoya in 1987 in his living room as a prayer meeting.  The church has since risen to become a voice in the religious terrain of the country.

With a massive expanse of land in Lagos as headquarters where prayers are the order of the day to a plethora of other praying branches all over the country, the church is among the largest in Nigeria.

The Synagogue Church Of All Nations

Renowned as a healing center and the hub of religious tourism in Africa, the synagogue was founded by Prophet Temitope Joshua in 1987.

The church records an attendance of 15,000 persons in its headquarters and only location in Nigeria.

The church receives more visitors in a week than the Buckingham Palace and London Towers combined.

Founded by Lazarus Mouka in 2002, the church is the second youngest by age in the list but has seen a rapid increase in fame,  membership, and influence over its relatively few years of existence.

Its headquarters is in Lagos Nigeria, on a 30,000 capacity edifice.

Its branches are all over Nigeria.

In 1996, a young medical doctor dumped his profession and took to ministry after being ordered by God.

His voice is a revered one in Nigeria today and his church is one the biggest in the country.

Dunamis is a megachurch with multiple branches all over Nigeria and abroad.

Its headquarters is in Abuja, Nigeria and its new auditorium when completed will accommodate its teeming congregation of over 75,000.

When the name Apostle Johnson Suleiman is being heard this side of Africa, presumably there’s a fire waiting to be extinguished or ignited.

With fire for an identity, Apostle Suleiman and his church is as famous as the president of the country.

The ministry was founded in 2004 in Auchi, Edo State, Nigeria, making it the youngest by age on the list.

It has branches all over Nigeria and in 26 countries across the world.