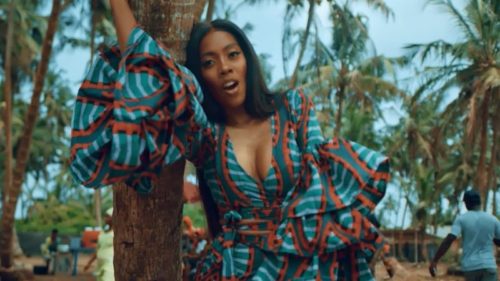 Nigerian pop diva Tiwa Savage has been hit with another round of criticism on Twitter. The ‘Lova Lova’ crooner was called overrated by a Twitter.

As seen on Twitter, multiple award-winning singer Tiwa Savage was labeled as being overrated. The Twitter user sort to know how many folks share her opinion that she (Tiwa) is overrated.

The tweet got the attention of the singer to which she replied her critic. The mother-of-one alluded that she works hard and that it’s been God’s grace too.

Her critic still held firm to her criticism. Read up the exchange as seen on social media.