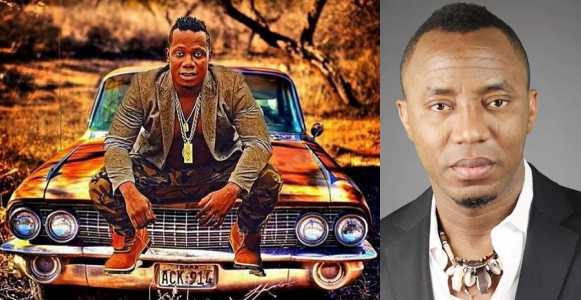 Respected Nigerian singer Duncan Mighty has made a warning call to Omoyele Sowore about his choice of running mate. Sowore is the presidential candidate of African Action Congress (AAC) for the 2019 general elections.

The Port Harcourt breed singer said he could make a good running mate for Sowore or at large become a part of his team as the election near. Duncan Mighty faulted the choice of Rabiu Ahmed Rufai a medical practioner. He was the opinion that Dr Rufai wasn’t representing the AAC well.

Read the excerpt of his video as posted on Instagram.

“Nigeria needs solution experts who are able to go into the street”.

“A man like Sowore needs a man like Duncan Mighty to tell him whatever you say can be done,” he said in a video posted on Instagram.

“Someone was telling me that Sowore already has a vice-presidential candidate and I went to his page and realised that this guy is a doctor and he has only 15 posts of pictures.

“It is high time we realise that it is not only when Mr President travels that the vice-president should work.

“Go to Sowore’s page, you will realise that he has over 543 posts concerning how Nigeria is going to get better.”