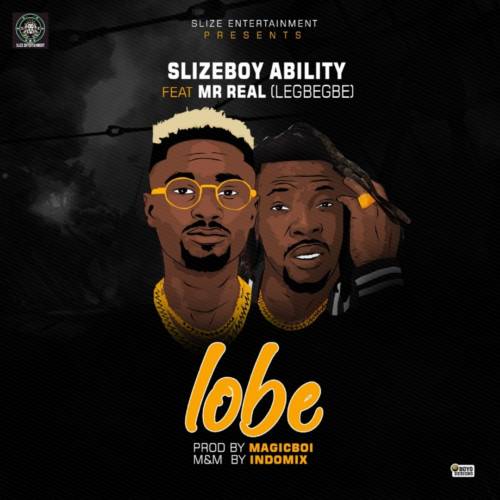 Daniel Egbunu otherwise known as Slizeboy Ability is a musician, music maker and Afro pop artist from Kogi state and as of now signed to Slize entertainment.

After his hit singles Happen To Anybody & Confamstill trending, he is here with a new tune titled Lobe.

Lobe is a move tune that is cherished by the majority and he features Mr. Real (the legbegbe crooner).