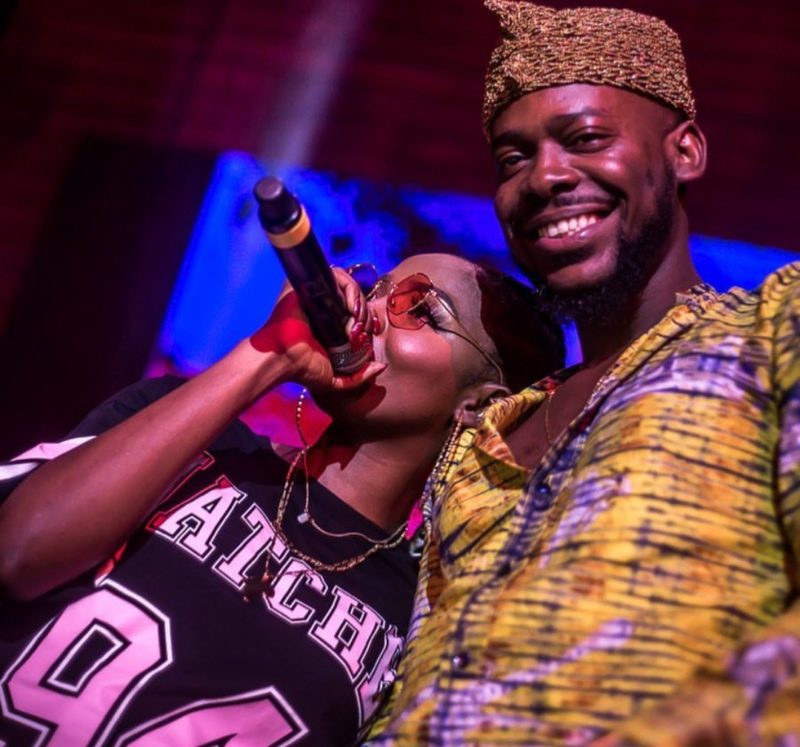 Simi and Adekunle Gold don’t just make music alone, the got each others back. Simi showed that on Twitter when she defended her rumoured boo Adekunle Gold from a Twitter troll.

A certain Twitter user had said that Adekunle Gold’s songs all sound the same. If often feels like you have heard that song before.

Apparently when Simi saw the tweet she was displeased and reacted in defense of Adekunle Gold. 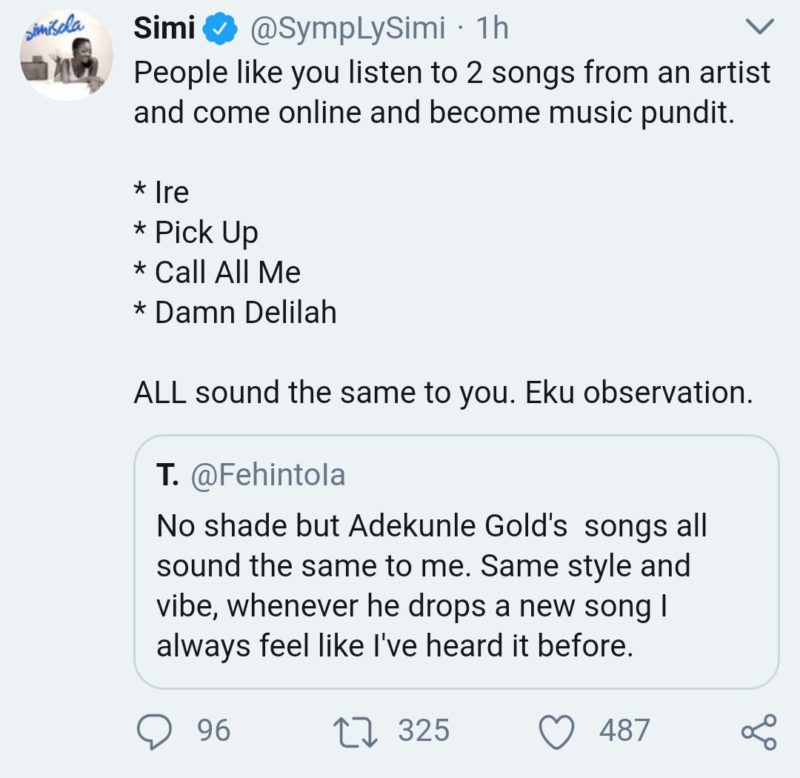