Search
By Dre Pompey on May 29, 2018 Gist
ShareTweetShareTelegram 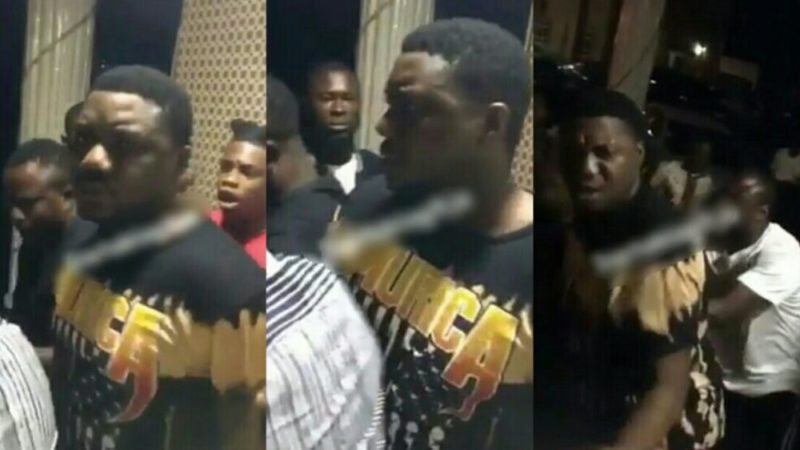 An alarming video was presently going viral showing rapper CDQ caught on camera fighting to get back his chain after it was been snatched by an unknown man.

The video was a brutal one as the rapper was seen so angry like never before, the rapper was so extremely angry that he had to jump into the crowd to get his chain back.

How CDQ chain was snatched can’t be assertain but the rapper appears to have forgo his street credibility as he did not keep his cool to allow the bouncers to do the fighting.

As it appear in the video, he was later detached from the crowd who almost consume him & then he turned down the camera that was concentrated on him videoing the brutal scenario.