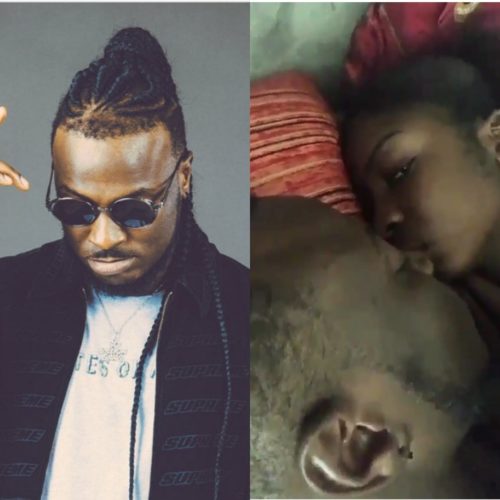 DMW artiste Peruzzi has been in the news over a leaked video after he supposedly had s3x with a certain lady.

So fans fans have reacted differently to the incident on social media, however, the singer did not make a valid response to the video. Still on the matter, Davido teased Peruzzi for allowing his ‘guest’ to sleep over.

Somewhere in Enugu, while at a show Peruzzi addressed the video which had already gone viral. He wasn’t apologetic as he used ‘Amaka’ lyrics as the perfect response ‘I like woman I dey straightforward’. The crowd cheered him on after his reply.