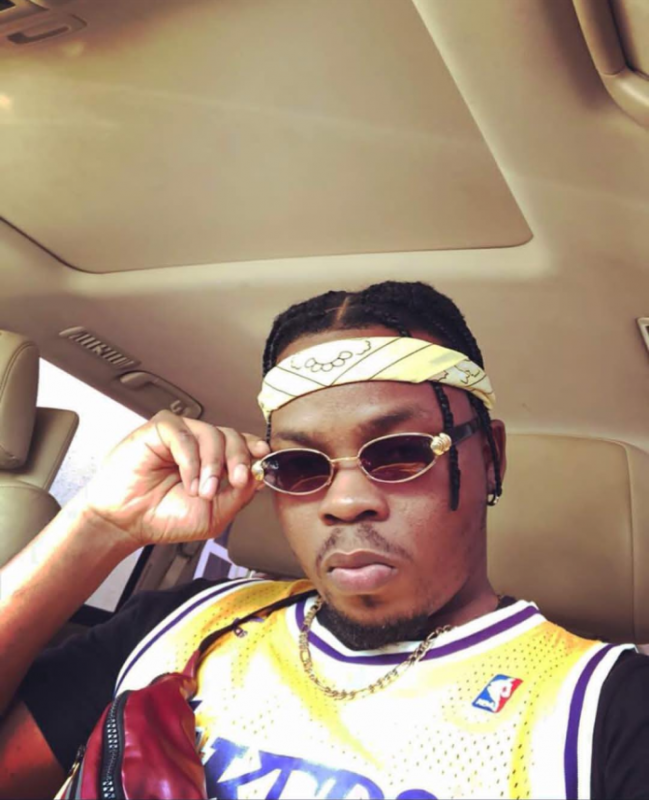 YBNL boss Olamide has been put on a scale with raving street hop star Slimcase. The comparison was made by a popular Nigerian blog, the headlines caught Olamide’s attention and he responded to it.

First of all Slimcase played down the debate of who held sway in the streets this year between himself and the ‘Kana’ crooner. He said Olamide was a legend and that he started doing the music thing before he came on board. Slimcase urged the blog to take down the post as it was disrespectful. 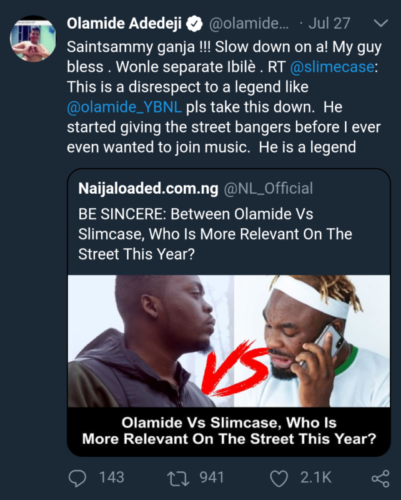 Olamide thanked Slimcase for disagreeing with the publication, he tweeted, ‘My guy bless. Wonle separate Ibilé.‘